DAYTON, OHIO (December 1, 2017) — Since launching in December 2015, MeTV WHIO Classic Television has remained one of the highest-rated MeTV affiliates in the country.  The station’s family friendly programming delivers “super-sized” audiences as compared to many programs on WDTN, WKEF, WRGT and WBDT.

MeTV beats competitors in head-to-head competition all day long and their #1 hit “M*A*S*H”-airing at 7:30pm-broadcasts to 10,000 households each day. It continues to outperform newscasts produced by other broadcast channels in the Dayton area. 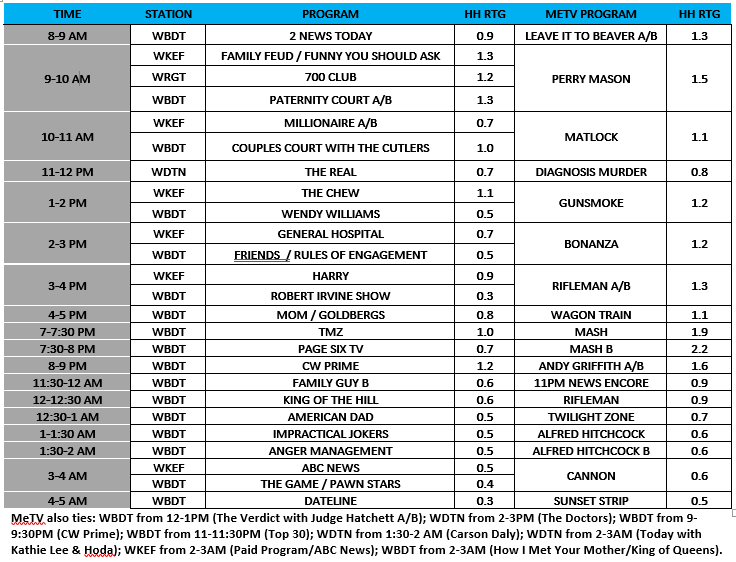 MeTV WHIO Classic Television is broadcast on digital 7.2 and has quickly risen to be one of the top MeTV affiliates in the country. It is part of the Cox Media Group Ohio brand.